We have good news, and we have bad news!

The good news is we are living longer, but the bad news is that eventually many of us will succumb to some form of cognitive decline at a later stage of our lives! Please visit our Dementia FAQs website for a more in-depth discussion.

And it does not have to happen!

Evidence of the “gold standard” levels (randomized controlled trials, double-blind studies with humans) demonstrate that with a change in how you live, what you eat, if you exercise, who you surround yourselves with can all help in changing the inevitable. The new science of epigenetics also reinforces the impact of our external environment on disease and disorders. And people are starting to notice.

Last July 2017, the Alzheimer’s Association announced the launch of a $20 million dollar clinical trial designed to test multiple lifestyle interventions to prevent cognitive decline. We have known this for years in gathering the research and reviewing the various meta-analyses of such interventions which actually have resulted recently in 3 major books all purporting to that a change in how you live can reverse the early onset of symptoms for cognitive decline

Cognitive Decline – How to Detect and Assess

Cognitive decline is a factor in a variety of brain-related disorders including Alzheimer’s Disease. Naturally, people need to detect it as well as determine what is causing it and what can be done about it.

Detecting cognitive decline can be accomplished using any of several tests or “instruments”, including the Montreal Cognitive Assessment, Ohio State University’s SAGE Test, and the Mini-Cog Test.

Once it has been detected, people need to know what is causing it. People tend to fear Alzheimer’s Disease, but this is not the only potential cause. Many other factors can contribute to it, including:

Although it shares symptoms with a variety of other disorders, the most common signs include: 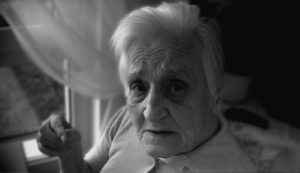